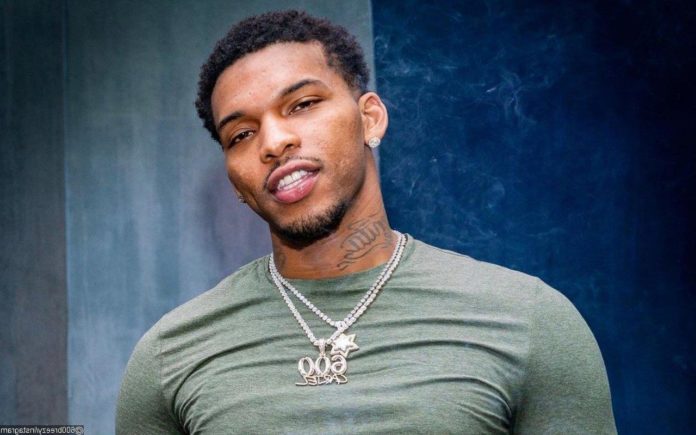 600Breezy is a well-known American rapper, songwriter, and social media personality. Breezo George Gervin: Iceman Edition is one of his popular mixtapes

Antonio Valentino King, prominently known by his stage name 600Breezy is a rapper and songwriter hailing from the United States of America. He has created good rap pieces as well as many controversies in his career. The rapper has released four discographies so far that are Six0 Breez0, Iceman Edition 2, BreezoMatic, and Art Of War. His mixtapes include Breezo George Gervin (Leading Scorer Edition), Breezo George Gervin (Iceman Edition). Breezy’s only extended play is First Forty-8. 3 AM IN MS Freestyle, Don’t Get Smoked, Freestyle, Murder Rate, Stop Playin, Big Stepper, King of the Six, What You Rep, Lotta Gang Shit, More than Safe are a few of Breezy’s hit singles. He has faced criticism for his illegal works.

What is 600Breezy’s physical appearance?

600Breezy is a 30 years old rapper born in Chicago, Illinois, USA. He is 6.5 feet tall and weighs around 74 kg. The rapper has dark brown eyes and black hair.

600Breezy is unmarried but in a relationship with Sky Days. He previously dated Queen Key and Ashley Jones.