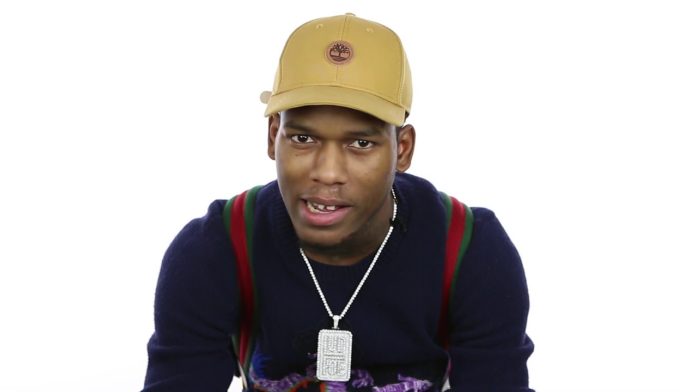 Lud Foe is a well-known hip-hop artist and lyricist in the USA. He was arrested for assaulting his girlfriend, who was pregnant at that time.

Who is Lud Foe?

Will James Akins, better known by his stage name Lud Foe is a famous rapper and lyricist hailing from the United States of America. He is also recognized by the name The Chicago Rapper. Foe’s life has been full of controversies and criticism since his childhood. But he has come a long way, tackling all the hurdles in the form to shine as a hip-hop musician. He is a young rapper and has left his mark with remarkable compositions. Being a youngster, the rapper possesses many followers in both social media and real life.

He has 148K followers on Facebook, 592k followers on Instagram, 47.2K followers on Twitter, and 232K subscribers on Youtube. Get Well Foe, No Hooks, No Hooks 2, Boochie Gang, Guns Up Funds Up are the rap albums that Foe has released so far. Raw, Different, Hit A Lick, Everywhere We Go, Magic, Bull Shit, Recuperate, Suicide, Water, Suffer, My Life, I sell Dope are some of the hit songs by the rapper. His album GetWellFoe was ranked first in the iTunes Hip-Hop Top 100. Currently, he is associated with the rap group Four Corner Hustlers and is a core rapper of it.

What is Lud Foe’s profession?

What is Lud Foe’s physical appearance?

Lud Foe is a 25 years old rapper. He is 5.6 feet tall and weighs around 65 kg. Foe has dark brown eyes and black hair. He generally wears a cap. There is not any information about his parents. The rapper dropped out of high school due to some legal issues.

Lud Foe is straight and possibly single. He was in a relationship with a woman with whom the rapper shares a son named Zayden.

How much does Lud Foe earn?

Lud Foe’s net worth is $1 million.