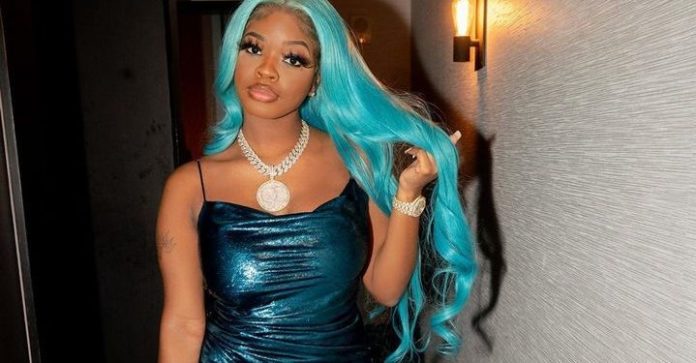 JT (Jatavia Shakara Johnson) is a famous rap band. She was born in Miami, Florida, on December 3, 1992. Get info on JT’s Networth, her relationship, height, weight and full bio.

City Girls is a famous rap band. And JT is one of its members who has attained success after a lot of struggles. Know about her life in this article!

Who Is Jatavia Shakara Johnson?

JT (Jatavia Shakara Johnson) is one of the City Girls hip hop band members. The other member is Yung Miami (Caresha Romeka Brownlee). On December 3, 1992, JT was born and was from Miami, Florida. After making an uncredited guest appearance on ‘In My Feelings’, both the girls became famous.

JT is a famous singer and has a huge fan following. She has been active since the year 2017 and delivered some of the hits all enjoy today. Both the girls have been nominated and won many awards for their work and have been appreciated.

How did JT attain success?

What is the physical appearance of JT?

What is the relationship status of JT?

Their lives have been on a rollercoaster since they first entered the music world in their twenties. They just published the singles I’ll Take Your Man and F*** That N****, which drew the attention of record company Quality Control Music. At the same time, City Girls drew Drake’s notice, and the girls were included in his song, In My Feelings. “We were like, ‘Oh b****, Drake knows our names?!’ when Pee played the song and Drake shouts our names.” During an interview with Rolling Stone, Johnson reflected on the incident. “I’m on the verge of crying just thinking about it.”

While the duo’s professional lives were going well, Johnson had major personal problems. After making some fake credit card payments, the rapper was charged with aggravated identity theft and the use of unauthorized access devices. Johnson later agreed to a plea deal in which she admitted to aggravated identity theft, and the other counts were dropped. She was subsequently sentenced to 24 months in jail, followed by up to a year of supervised release.

What is the net worth of JT?