Who is LeBron James?

LeBron Raymone James Sr., born on December 30th, 1984, is known for his basketball skills and is a professional basketball player of the National Basketball Association (NBA) playing for the Los Angeles Lakers. He is well-renowned for his athletic skills and is often compared to Michael Jordan. LeBron James became an immediate star after skipping college to join the NBA’s Cleveland Cavaliers. He led the Miami Heat to NBA titles in 2012 and 2013 and won another championship with Cleveland in 2016 before joining the Los Angeles Lakers in 2018.

James became the player to won the most awards in current history, bagging several consecutive championships for his teams.

He has played for various franchises such as the Miami Heat, Cleveland Cavaliers, and Los Angeles Lakers. He is the only player who has brought the NBA Championship trophies to all three franchises as the Finals MVP. He has participated in around 10 NBA finals and has been a part of the championship for eight consecutive years from 2011 to 2018.

After several years of enormous success in basketball, blended with splendid skills and stats, he is considered by many as the greatest basketball player of all time. In a 121–107 win over the Spurs on December 31, 2020, James became the first player in NBA history to score 10 points or more in 1,000 consecutive games. 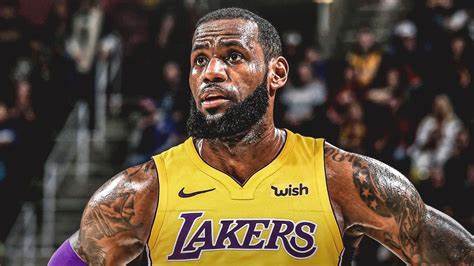 Where did LeBron James Spend his childhood?

What is LeBron James famous for?

What is the height and weight of LeBron James?

Who is the wife of LeBron James?

What is the Net worth of LeBron James?