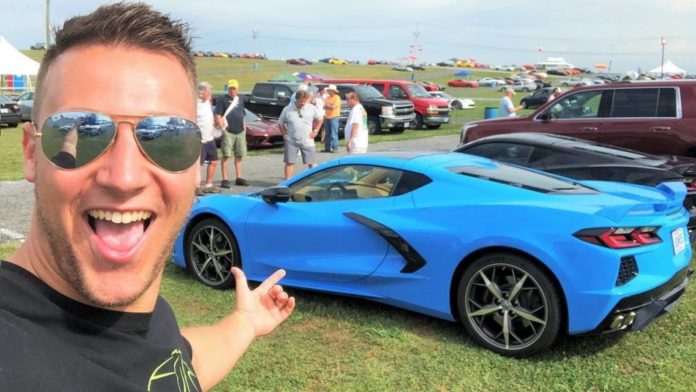 Street Speed 717 is a renowned Youtube channel in the USA. It is owned by a person named Mike Hyssong. The track has 1.19 million subscribers at present.

Mike Hyssong, popularly known by his Youtube channel, Street Speed 717, is an internet sensation hailing from the United States of America. He makes car videos, mostly stunts and destruction ones. Aside from that, the content creator also uploads vlogs, racing videos, reviews, and collaborative videos with other YouTubers. He is very popular amongst the youngsters. The video creator has a rich collection of sports cars and expensive cars. His collection includes 2019 ZR1, 1993 Corrado, 1997 Blazer, 2020 Duramax, C8 Corvette, and a Cub Cadet. Hyssong also organizes car giveaways for his fans.

The Youtuber was recently charged with the allegations of destroying properties and resources in his videos. Hyssong is highly followed on other social media sites, apart from the video streaming platform. His Instagram handle is a verified one with 440k followers.

Moreover, the personality has 2.4K followers on Facebook and 9,046 followers on Twitter. Cars seem to be Hyssong’s passion; thus, he has achieved immense popularity through vehicles. His videos often hit millions of views and thousands of likes. The Youtuber has become a celebrity in a short period.

What are the career highlights of Street Speed 717?

What is the family background of Street Speed 717?

Street Speed 717 has not shared information about his family yet. There are no details about his family members. On February 23, 1994, the Youtuber was born in Pennsylvania, USA. His body measurements are not available yet.

Street Speed 717 is straight and in a relationship with the Youtuber Gina Colada. Her Youtube channel is named Frenchies Bakery. The couple has a separate track, Mike and Gina, sharing their loving moments.

What is the income of Street Speed 717?

Street Speed 717 has a collection of expensive cars. His net worth is $1 million.