Lolo Soetoro was a prominent Indonesian Geographer. He is known as the stepfather of the 44th President of the United States of America, Barack Obama.

Who is Lolo Soetoro?

Lolo Soetoro Mangunharjo was the stepfather of Barack Obama. He was a geographer hailing from Indonesia. Lolo has served as a team member in the Indonesian Army. He was a fine geologist who was highly educated as well as had the potential to work hard. Amidst family pressure and crisis, Lolo stood firm by them and helped as much as he could. He has also served in the Union Oil Company in government relations. After Barack Obama’s mother and Lolo’s marriage, he successfully fulfilled all the father’s duties.

In his memoir, Dreams from My Father, Obama has distinctly mentioned his stepfather’s contribution to his upbringing. Due to his Indonesian citizenship, many critics raised questions about Obama being the President of America. Lolo shifted several places due to his family and work issues. After divorcing Ann Dunham, Lolo married another woman and had two children with her. The Indonesian geologist died after liver failure in 1987. Obama has mentioned him in the significant recalls of his childhood days. 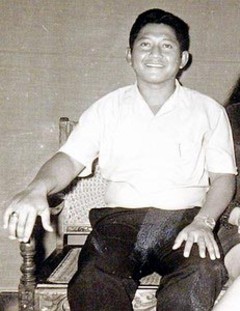 What did Lolo Soetoro do?

What was Lolo Soetoro’s physical appearance?

When did Lolo Soetoro die?