Who is Lil Xan?

Nicholas Diego Leanos was born on 6th September 1996, more popularly known as Lil Xan or solely Diego. He is an American rapper, songwriter, and singer of Mexican slide from Redlands, California. Xan struggled with poverty in his childhood and later dropped out of high school.

He began his music career in mid-2016. Xan was addicted to hard drugs like ‘Xanax,’ ‘Opiates,’ and ‘Benzodiazepines’ for about two years. He has taken his professional name from the drug ‘Xanax.’ His Xanax addiction was very severe, and he had to be hospitalized for drug-related kidney and liver failure. Today, the rapper says he has managed to overcome the bad habit.

The family had no financial stability. The boy spent his childhood in motel rooms with his parents. After remaining unemployed for several years, he earned money by cleaning streets, pedalling drugs etc. He tried to make a career in photography, but he turned to rap after his camera was stolen.

Lil Xan mainly became popular after he released the song “Betrayed” in 2017. Then in 2018, he released his first album, “Total Xanarchy”. He is a Virgo.

The artist’s tattoos on his face and body attract much attention. The young man believes that tattoos should be seen; otherwise, there is no point in having them. 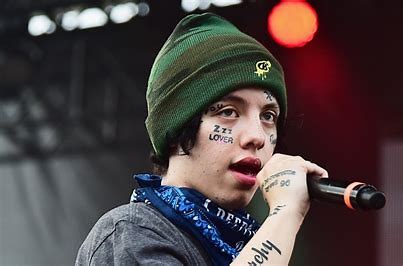 Where does Lil Xan belong from?

What is Lil Xan famous for?

Who is Lil Xan dating?

What is the net worth of Lil Xan?