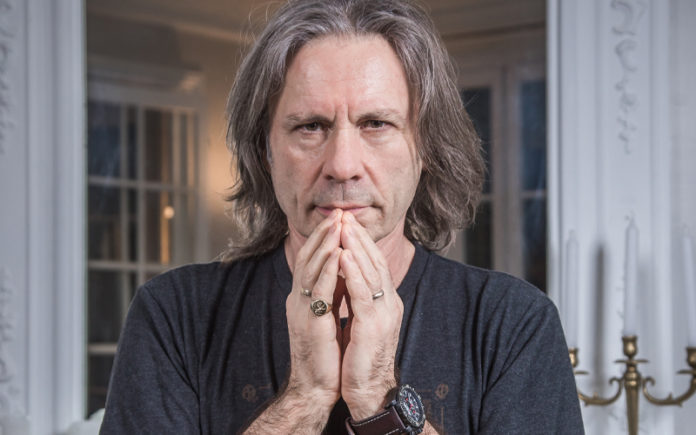 Welcome to Bruce Dickinson Wiki. In this article, you will find everything about Bruce, like his net worth, height, weight, relationships, and more.

Bruce Dickinson is an English singer, songwriter, and pilot. He is best known as the vocalist for the English heavy metal band Iron Maiden. Widely considered one of the greatest rock vocalists of all time, Dickinson was the pioneer of the genre of operatic vocal style, a singing style that was later adapted by many metal vocalists. He has an estimated net worth of $115 million and has recorded around twelve albums as Iron Maiden’s heavy metal band.

Besides being the lead singer of Iron Maiden, Bruce is an airline pilot, radio show host, historian, television presenter, fencer, producer, novelist, and songwriter. According to Allmusic, Dickinson “was the most acclaimed and instantly recognizable vocalist to emerge from the New Wave of British Heavy Metal movement of the early-’80s”. He is the older cousin of Rob Dickinson, lead singer of British alternative rock band Catherine Wheel.

Paul Bruce Dickinson was born in the small mining town of Worksop, Nottinghamshire. His mother worked part-time in a shoe shop, and his father was a mechanic in the army. Dickinson’s birth hurried the young couple into marriage. Initially, he was brought up by his grandparents; his grandfather was a coal-face worker at the local colliery, and his grandmother was a housewife. These pieces of information are actually referred to in his song ‘Born In ’58’ from his solo album ‘Tattooed Millionaire’.