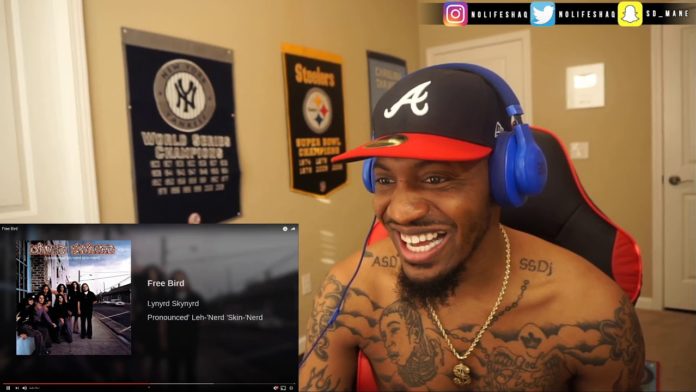 No Life Shaq is an American Youtuber and internet personality. He formed his Youtube channel in 2016 and has over 3.3 million subscribers at present.

Who is No Life Shaq?

Shaquille Davis, popularly recognized by his internet presence No Life Shaq, is a celebrated Youtuber hailing from the United States of America. He mostly makes reaction videos on others’ content. Shaq is regarded as the budding sensation in the virtual medium in the USA. In the beginning, he started reacting to sports content mainly.

But gradually, he turned to music, mainly hip hop. Shaq received notice from star artists and musicians like Eminem, 645AR, Adam Calhoun & Merkules, Benzino, and Machine Gun Kelly for his reaction videos. Artists also slammed him like 645AR, Adam Calhoun & Merkules, Benzino for his disrespecting reaction to their art pieces. He has multiple channels on Youtube, including No Life Shaq, Shaq, and Jojo, created by Shaq and his girlfriend. His third channel was MoreLifeShaq which is a gaming channel.

Why is No Life Shaq famous?

Who are the parents of No Life Shaq?

How much does Shaq earn?

People Also Search For Mopi and Riss And Quan