Telma Hopkins is an actress and singer from the United States. She was born in Louisville, Kentucky, USA, on October 28, 1948. Get info on Telma’s Networth, her relationship, height, weight, and full bio

She has been a member of the pop band Tony Orlando and Dawn in the 1970s.

Who Is Telma Hopkins?

Telma Louise Hopkins is a prominent American actress and also a famous singer. Her contribution to acting and singing is incomparable, as the artist has ruled the charts for a few decades. Hopkins started her career in music first. In the 1970s’ the celebrated pop group Tony Orlando and Dawn, she was a vocal artist. With the other two members of the group, Tony Orlando and Joyce Vincent, Telma has given all-time hits like Candida, Knock Three Times, Tie a Yellow Ribbon Round the Ole Oak Tree, Say, Has Anybody Seen My Sweet Gypsy Rose, and He Doesn’t Love You (Like I Love You).

There was also a TV series titled Tony Orlando and Dawn, which was made as to tribute to the pop group. Gradually, Telma made several appearances in the TV and film industry too. Her notable TV series and films are Family Matters, Any Day Now, Gimme a Break!, Bosom Buddies, The Kid with the Broken Halo, Pulse Pounders, Vital Signs, Down to Earth, etc. Hopkins was cast in the role of Denise Tolliver on The Young and the Restless in May 2021, reuniting with Family Matters co-star Bryton James.

Why is Telma Hopkins famous?

What is Telma Hopkins’ net worth?

Some Quick Trivia on Telma Hopkins 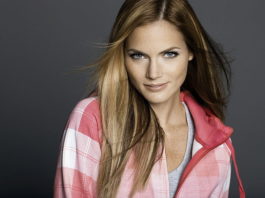