Stayve Jerome  Thomas is popularly known as Slim Thug, an American rapper and has millions of fans worldwide. Could you read the article to know him better?

Who is Slim Thug?

Slim Thug’s original name is Stayve Jerome Thomas, who has made a large footprint in the music industry in America. His fans know him as a Slim Thug. He is a famous rapper in America who gained mainstream attention in the music industry by giving some big hits. He has millions of fans worldwide, and through his Instagram account, he always tries to interact with his fans. He has 1.4 million followers on Instagram. He was born on 8 September 1980. His birthplace is Houston, Texas, U.S. He is now 40 years old. He started his career in 1998, and from that, he continued to entertain the audience through his work.

Slim Thug is especially known for Hip hop and southern hip hop. At 17, Thug performed freestyle rap as a rapper for the first time at local high school parties. After that, he realized he could choose rapping as his career and started as a rapper in 1990 with Swishahouse. After some time, he formed his own label named Boss Hogg Outlawz. With this, Thug has two record stores under his name.

Slim Thug’s debut album was released in 2005 under Star Trak Entertainment, which was his big debut after delaying so many days. Boss of all Bosses was his second solo album released in 2009, and with this album, he got immense success. 32,000 copies were sold within a week. 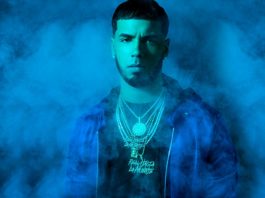