Rex Chapman is a well-known American basketball player to be played in the National Basketball Association as a shooting guard for twelve long years.

Who is Rex Chapman?

Rex Everett Chapman, a retired professional basketball player in the United States of America, is better known as Rex Chapman. He is also a social media influencer with more than a million followers. The player has been one of the chief shooting guards for the Charlotte Hornets, Washington Bullets, Miami Heat, and Phoenix Suns. He has scored 9,731 points with an average of 14.6 in a game in his 12 years of professional basketball.

Chapman has also created controversies in his career. He became a drug addict and has attended the rehab center exceptionally so far. The basketball player was put behind bars in 2014 for stealing products from an Apple shop in Arizona. Chapman has also served as the vice president of the Denver Nuggets. He is currently working with the University of Kentucky basketball games as a broadcaster. The basketball player has achieved miles in his career. In 1986, Chapman was named in the First-team Parade All-American. In the same year, he was included in the McDonald’s All-American game.

The player was on the Second-team All-SEC in 1987. In the following year, he was included in the First-team All-SEC and was awarded the most valuable player in the SEC Tournament. In 1989, Chapman was named to the NBA All-Rookie Second Team. He was inducted into the Kentucky HS Hall Of Fame in 2012. Chapman also won silver in the Pan American Games, representing the national team. 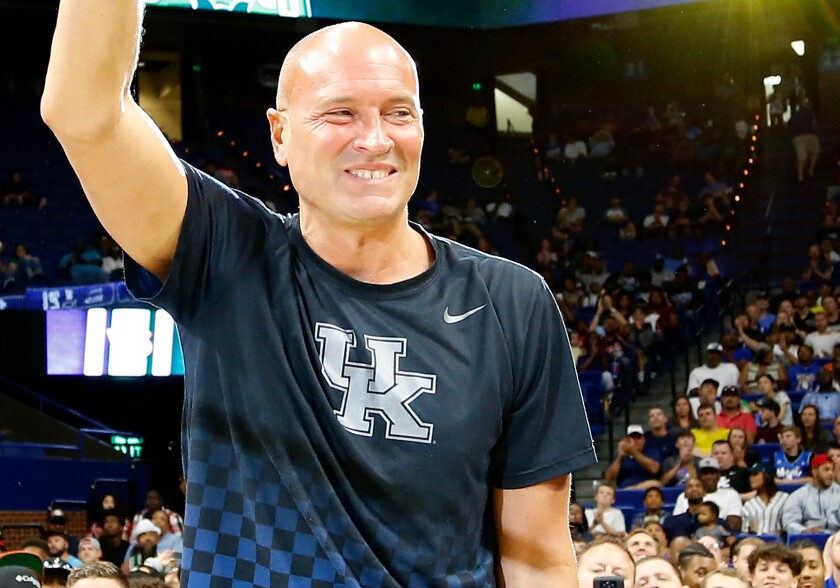 What does Rex Chapman do?

What is Rex Chapman’s height?

Rex Chapman is 6.4 feet tall, and his weight is 84 kg. His parents are Wayne Chapman and Laura Chapman. The player has a sister named Jenny Chapman.

Rex Chapman is divorced and single at present. He married a woman named Bridget Hobbs in 1991, but they separated in 2012. The couple has four kids, namely Zeke, Caley, Tatum, and Tyson.

How much does Rex Chapman earn?

Rex Chapman’s net worth is $33 million.