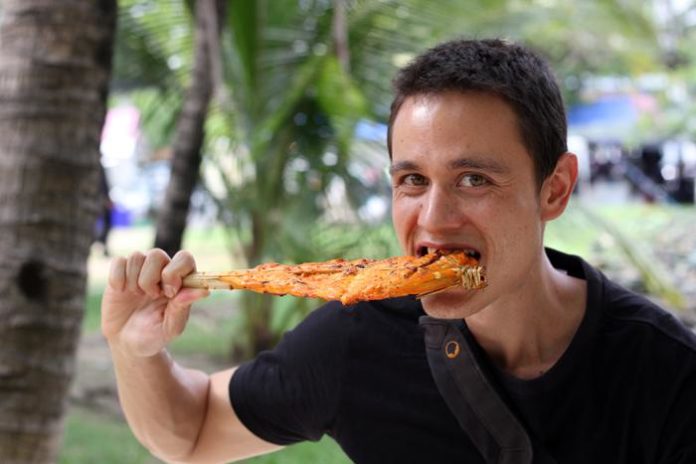 Who is Mark Wiens?

Mark Weins (born February 26, 1986) is an American YouTuber, best known for his self-titled channel where he uploads food vlogs. He has gained over 6.7 million subscribers and 1 billion views. Mark Wiens’ family relocated to Albertville when he was five years old. Weins travels worldwide and makes food-related video content for his channel based in Bangkok, Thailand.

Mark Wiens is one of the most popular food bloggers in the world. His YouTube channel has over 6.72 million subscribers and over 1 billion views to date. The vlogger posts videos about delicious street food and travel tips on his channel. The full-time travel eater is based in Bangkok, Thailand, but he frequently travels worldwide to eat delicious food and share his meals and discoveries. He has written many foods and travel ebook guides, including 101 Things to do in Bangkok and Eating Thai Food Guide. He also taught English in Thailand for one year.