Fred Armisen is a well-known American comedian, actor, producer, musician, and author. He received the Peabody Award alongside Carrie Brownstein in 2012

Who is Fred Armisen?

Fereydun Robert Armisen, better recognized as Fred Armisen, is an actor and comedian in the United States of America. Armisen has also gained eminence as a producer, musician, and author in the latter part of his career. He was a core member of the punk band Trenchmouth. Armisen was one of the essential casts in Saturday Night Live’s sketch comedy. The actor featured in films like Eurotrip, Deuce Bigalow: European Gigolo, Anchorman: The Legend of Ron Burgundy, Deck the Halls, The Ex, The Promotion, The Rocker, Tenacious D in The Pick of Destiny, etc.

For his immense contribution to the entertainment industry, Armisen has received several awards in his career. He was nominated eight times for the distinguished Primetime Emmy Awards. But unfortunately, he could not win one. The entertainer received the Writers Guild of America awards twice for Saturday Night Live in 2017 and Portlandia 2013. He won the Peabody Award in 2012 for Portlandia alongside Carrie Brownstein. Armisen’s comedy album Standup for Drummers was nominated for Grammy Awards in 2019. The artist was nominated thrice for the Behind the Voice Actors Awards, twice for the OFTA Television Award, and once for The Webby Awards. 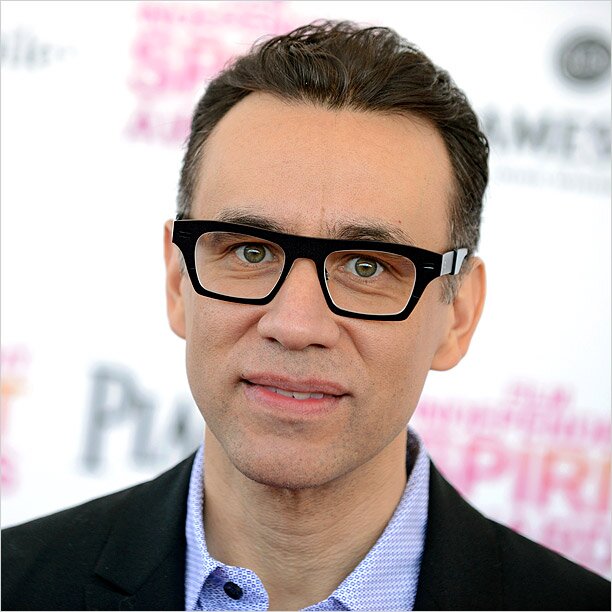 What are the career highlights of Fred Armisen?

Fred Armisen is a college dropout from the School of Visual Arts. He attended Valley Stream Central High School. Armisen is a 54 years old actor and comedian. He was born to Hildegardt Mirabal and Fereydun Herbert Armisen.

What is Fred Armisen’s relationship status?

Fred Armisen is in a relationship with the actress Natasha Lyonne. He married twice in his life but unfortunately separated both times. Armisen does not have any kids.

What is the income of Fred Armisen?

Fred Armisen is a successful actor and comedian in America. His net worth is $10 million.