Danny Duncan was born in Englewood, Florida on July 27, 1992. He is an American-based YouTube star, comedian, actor, and musician who started gaining fame rapidly since joining youTube. Danny Duncan has gained an explosive following on his channel on YouTube which is more than 4.5 million subscribers. A large part of the subscriber comes by his skateboarding and prank videos. Videos which have gained millions of views and are one of the most popular videos which have been posted on his channel are:

• Falling with 30,000 Pennies
• Going Down Stairs on a Hoverboard
• Grocery Shopping with Danny Duncan

He maintains that his comedy is based on sarcasm and should not be taken seriously. He has a good friendship with other YouTubers like Andrew Hill and Christopher Chan. Danny has expressed his feeling about becoming an actor many times and said that YouTube is the right platform to start his career in the right direction. 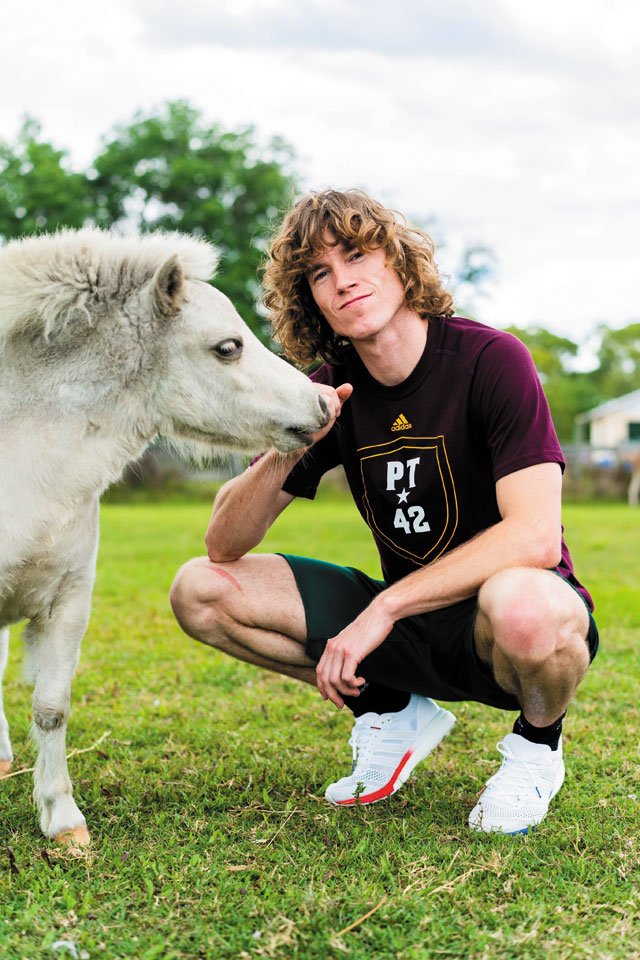 Danny Duncan was born on July 27, 1992, in Englewood, Florida. His father and mother are separated. Danny has a sister and a brother, Mathew. Danny is also known by the name Garry Winthrope. Danny graduated from Lemon Bay High School. That school is also in Englewood, Florida means Danny did his schooling in his town.

After graduating from high school, Danny Duncan started working at Walgreens, but he left that job after a few months as he didn’t like his job. That was the time when he started his YouTube channel, he started on March 6, 2014, and started posting videos on skateboarding or how to fix ankle injuries and other stuff.

At that time, he was hired to train actor Jason Lee, who was a former skateboarder himself. Jason noticed Danny’s sense of humor. He suggested that he should try acting and advised him to build his YouTube base as that would help him get acting gigs. Danny, after taking his advice to his heart, started meeting and collaborating with his friend and fellow YouTuber Christopher Chan.

So, he made his first video. The first video of Danny was Steve Hamilton – “The Chosen One”. This video gave viewers an idea about what they could expect from his channel.
Danny started making prank videos and posting them on his Youtube platform. By 2016, his videos started gaining more views, he became successful in getting people’s attention to his content.

His video, ‘Falling with 30,000 Pennies’ posted on June 6, 2016, in which he pretends to fall while carrying a box with 30,000 coins became viral. The video gained over 29 million views and is the most viewed video on his channel.

Danny Duncan has featured his family in his prank videos because he has always been close to his family and ‘Surprising My Sister With A New Car!’ is the video in which he drowns his sister’s old car. This was done to give her sister a surprise of a new car. This video was one of his famous hits.

•‘Danny Duncan | Best Of 2019, Grocery Shopping with Danny Duncan 4 and He Almost Died Pier Jumping is also one of the most-watched videos on his channel.

• He posted the song ‘I’m Upset’ on July 7, 2018, when his new scooter was stolen.
Gaining millions of views on each of his videos is a great achievement and it’s no surprise that he has a massive following of over 4.5 million subscribers on his Youtube channel.

He also has his merchandise, launched in 2017 under his personal brand name. ‘Virginity Rocks’. Danny went on his first-ever ‘Virginity Rocks’ tour around the United States on July 13, 2018, which started from Los Angeles. That tour covered some major cities like Dallas, Nashville, New York, among many others, and came to an end on August 2, 2018, in Chicago.

Danny’s father and mother are no longer together. Danny’s has a sister and a brother who is Mathew. He belongs to a poor family. Danny was so much motivated by her mother’s struggles. Her mother faced many challenges to bring Danny and that motivated Danny to work harder and start his channel to a large extent. He earned through Youtube and bought his mother a new house.

Also, he posted the video on his channel “Surprising My Mom With A New House!’. Danny is still single and not dating anyone as he hasn’t spoken publicly about being in any relationship.

However, he said that he has had two girlfriends in his life. YouTube sensation was romantically associated with another YouTube star, Lindsey Bell but it is said that they split up in 2015. We can say that Bell was one of the two girlfriends he was referring to before but still there is CONFUSION.

Have you ever ponder over How tall is Danny Duncan? Danny is 5 feet 10 inches tall / 1.78 meters tall. His weight is about 57 kilograms / 125.663 pounds.
He has a charming eye color of blue and his hair color is light brown.

His zodiac sign is Leo. Danny’s favorite colors include white and Red.

The foods he loves are Key lime pie and Conch Fritters. Youtube sensation Danny’s favorite actress and actor are Gal Gadot and Jon Grissom respectively. His interests are reading books and his favorite book is “ Their Eyes Were Watching God”.

Do you know How much is Danny Duncan’s worth? He has an estimated net worth of $2.5million as of 2020. He makes his income through his YouTube channel.

Being a social media star is often accompanied by its own set of the fault and Danny Duncan is not unknown to them. He published a video where Danny made a pool on the back of his pick-up truck and drove it on the highway, he was booked for threatening his own and the safety of other drivers on road.

Once, he caused a stir when he gifted his mother a giant penis-shaped mailbox, however that was a joke. He also made the fans of YouTuber FouseyTube angry after posting the video ‘Real PROOF FouseyTube is Fake! Actor Speaks Out!.’ in which he exposed that FouseyTube’s pranks were scripted and not spontaneous at all.